In the Marelle series, I revisit the homes where I grew up in the catholic francophone east side of Ottawa. Eastview became the city of Vanier when I was a child, and it was amalgamated to Ottawa in 2001. In the alleyways between houses, children played hopscotch. The French version, la marelle, was filled with religious symbolism. If played correctly, the stone you carried with you was your soul. Number 1 was Earth, number 10 was Heaven, and you had to avoid number 9 because it was Hell. 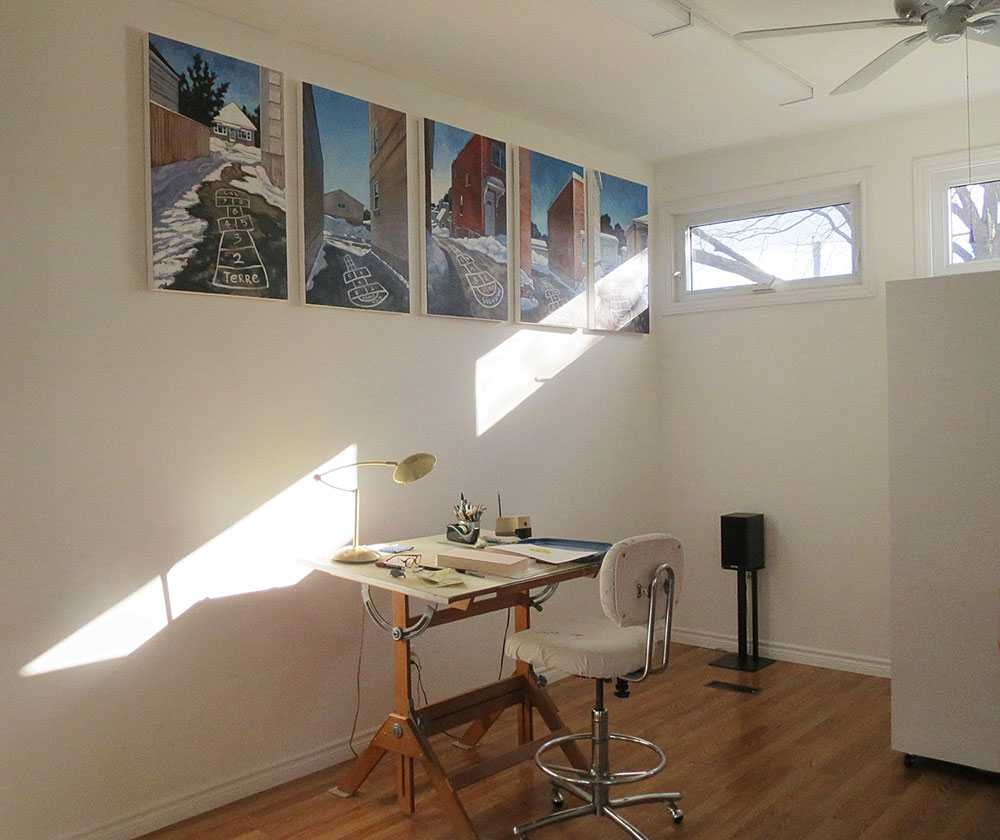